In 2019, I won the Performing Arts division of Critical Mass 7, an annual event in which the Shreveport Regional Arts Council brings in outside critics to give feedback to local artists.

recorded version of the piece I performed at CM7

I performed the winning piece, "Hiddenite," solo on my electric gourd. It was a piece I'd conceived to perform on chromatic dulcimer, but I decided just prior to heading out for the show to switch over to the more specialized (and more striking, I hoped) slide instrument. Folks love gourds, I reckoned.

The event was judged and written about by Dallas art critics Lauren Smart and Manny Mendoza, with articles appearing in Shreveport publications, Forum News (4/9/2019) and The Shreveport Times (4/27/2019). Luckily for me, they were both intriqued by my gourd.

There’s nothing commercial about what Futreal is doing and yet the pure artistry of it is transporting. We hope and believe he’ll use the award to further explore his singular take on American musical traditions.
—Manny Mendoza, 2019-04-27

Supported by the grant money awarded from this recognition, I put together a special Twang Darkly show for January 2020; it was one of the last shows we performed prior to the COVID19 shutdown. 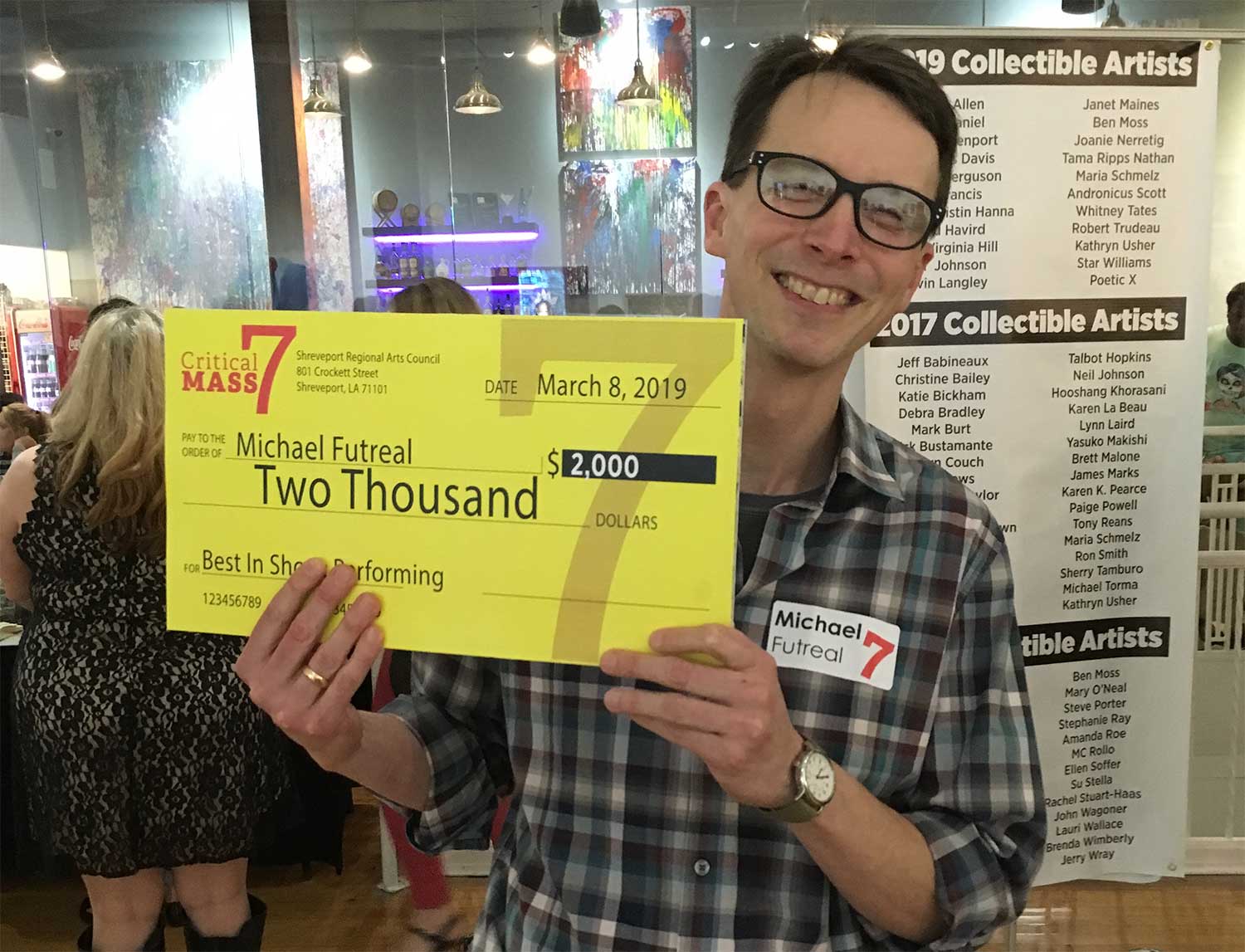 Me, excited about my big stunt check... a real one was forthcoming :)

On January 23, I staged a show, Rural Space Music and Other Anomalies, performing with my trio at the SRAC ArtStation. Manny Mendoza returned to review the show for the Shreveport Times:

With this back and forth between introspective meditations and more buoyant excursions, Futreal and Twang Darkly beautifully captured the swing between melancholy and optimism in the divided American soul.
—Manny Mendoza
2020-02-03 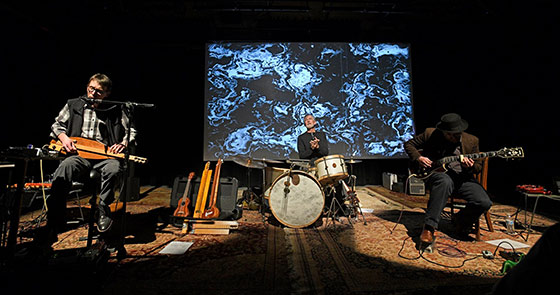